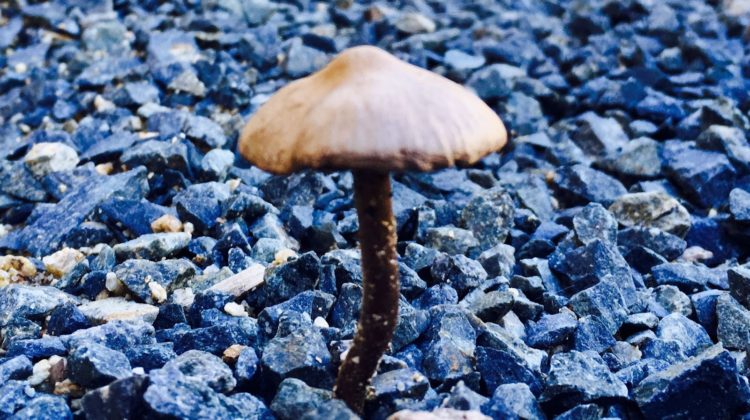 Indigenous tribes in the Americas and other locations have long used magic mushrooms for medical and ritual use. However, only a few decades ago, chemists extracted their active ingredients psilocybin or psilocin for clinical use. While they show promise in treating a range of psychological disorders like schizophrenia, magic mushrooms frequently find recreational use at raves or clubs.

According to the Alcohol and Drug Foundation (ADF), magic mushrooms can be eaten, brewed into tea, or dried to be smoked.

A more scientific name would be psilocybin mushrooms. Hundreds to thousands of magic mushroom strains exist, but a good way to sort out different types is by the amount of psilocybin they contain.

Recommended dosages may vary between species, but the International Center for Ethnobotanical Education, Research, and Service (ICEERS) say amounts range from a quarter to five grams.

Here are some of the most popular magic mushroom species and strains.

The cubensis species is the most common and well-known of magic mushrooms, according to Way of Leaf. Many strains exist like the Golden Teacher or Penis Envy variants. Generally, this species has a gold to brown color with caps from 2 to 8 cm in diameter. These caps begin growth in a cone shape that flattens out in maturity. The Society for Cultural Anthropology states the mushrooms originate from Cuba, though it is seen throughout the Americas.

Golden Teachers feature wide gold caps and thick stems. Users describe their effects as enlightening and allows one to be more empathetic. They have a strong effect, but are more tolerable for first-time users. In fact, Healing Mushrooms — an online database for mushrooms — says that it is the easiest strain of psilocybe cubensis to grow, even with less-than-ideal conditions.

Penis Envy mushrooms look like their namesake. According to The Third Wave — a public benefit corporation dedicated to research —  it stands out from other members of its species. One reason for Penis Envy’s popularity is its unusually high concentrations of psilocybin and psilocin, leading to a more intense experience. Unlike Golden Teachers, these mushrooms are much harder to cultivate, requiring more time to reach maturity and produce few spores.

Panaeolus Cyanescens have narrow white caps which grow on thin stems. These wavy cap mushrooms grow in moderate wet climates, such as in Northwest Europe and the UK.

MushroomSite, another database for mushrooms, says this species has a psilocybin content of 0.39-0.66%. This is up to double the psilocybin of most magic mushrooms, which the National Drug Intelligence Center notes as 0.2-0.4%.

Its effects range from giving hallucinations, intense emotions, to feelings of calm or euphoria. An encyclopedia by Bionity remarks that the mushroom’s taste is extremely bitter, discouraging people from eating them.

They are commonly called Blue Meanies, but Magic Mushrooms Dispensary warns to not confuse them with a strain of psilocybe cubensis that has the same nickname. One reason for its nickname is that the variant is easily damaged upon touch, turning blue from bruising.

According to The Atlantic, this species of magic mushroom originates in Washington and prefers to grow on tree bark or under and near trees. A mycologist, Paul Stamets — who discovered the species — believed that Psilocybe Azurescens mushrooms can form a symbiotic relationship with trees, secreting chemicals to protect the tree from disease and pests. Along with high levels of psilocybin and psilocin, Psilocybe Azurescens mushrooms produce a temporary type of muscle paralysis in some people.

After a search for these mushroom with Stamets, journalist Micheal Pollan describes in The Atlantic his experience with azzies as:

“The air was stock-still, but the desultory sounds of flying insects and the digital buzz of hummingbirds rose to form a cacophony I had never heard before…Whenever I closed my eyes, random images erupted as if the insides of my lids were a screen. My notes record: fractal patterns, tunnels plunging through foliage, ropy vines forming grids.”

As Quality Spores — a marketplace for spores intended for research purposes — explains, this species of magic mushroom, aka liberty caps, has a light brown cap with a long curving stem. While some mushrooms grow out of feces, these do not; they grow among grass, such as in meadows or pastures.

Overall, these mushrooms have potent effects that can lead to visual hallucinations, sensitive reflexes, increased heart rate, and dilated eyes.

Double Blind magazine mentions that liberty caps become smaller and thin when dried, requiring many individual mushrooms to make a dose. They grow all over Europe as well as other temperate regions, believed to have spread due to the movement of livestock.

Another common type of magic mushroom is the psilocybe mexicana. It is native to Mexico, but one can now find it locally in Central and South America. It has a brown cap, from half to 2 cm in diameter, grooved from gills and a yellowish stem.

This species gives an intense visual experience. As such, experts recommend that users try it at low dosages first.

According to the United States Department of Agriculture (USDA), these magic mushrooms are also known by the name of Teonanacatl, Aztec for the “flesh of the gods.” Natives have used it in a fermented agave drink or mixed with chocolate.

The magic mushrooms mentioned here are only a few notable strains. Aside from these, more species still remain to be discovered. Those looking for a psychedelic trip can try these popular varieties, or likely, will have already consumed one of these if they’ve tried magic mushrooms.